Vokkero Squadra used in China at the Snow Polo Cup 2014 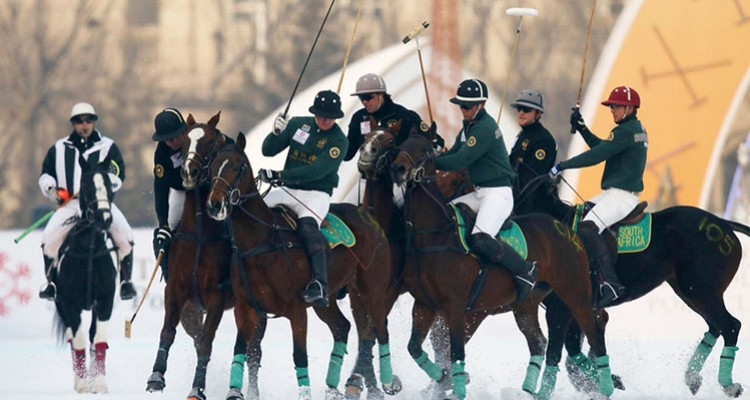 Referees, stewards and officials for this prestigious event were all equipped with our Squadra communication system.
Using this equipment, the two field referees officiating on horseback and closest to the action remained in permanent communication and were thus able to penalise fouls committed by riders immediately, without having to meet to discuss the decision to be made.
In case of disagreement, the decision was referred to the third referee off the field, also equipped with the Squadra communication system.

Other Snow Polo Cup 2014 officials were also able to monitor encrypted exchanges between referees and measure the effectiveness of permanent communication during matches.

As Peter Abisheganaden testifies: "the Vokkero system used by the FIP enabled referees, stewards and myself to communicate over free frequencies. It worked very well and we were able to resolve some problems very quickly before they got worse". He adds: "buying this system was a very good investment".

Let's remember that the Snow Polo Cup is one of Polo's most popular annual events. It selects polo's greatest players and draws thousands of fans from the four corners of the world.
In January 2014, the Snow Polo Cup saw matches between the best teams of the moment: Australia, Brazil, Canada, Chile, England, France, Hong Kong, Mexico, New Zealand, South Africa, Spain and the United States. The final was won by England in a fiercely disputed victory against Hong Kong (score: 6 to 5).