NEWS OUR OFFERS USE CASES 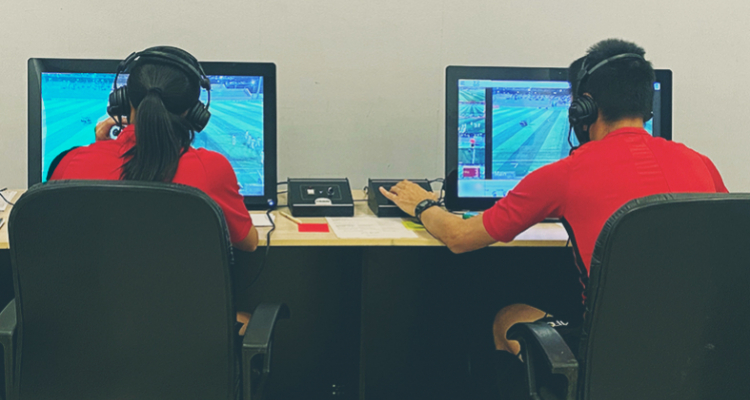 VOGO actively participates in the VAR light trials launched by FIFA, in order to provide federations with qualitative video assistance refereeing solutions suitable for different budgets. A first deployment took place with the AFC (Asian Football Confederation) on the Women’s Club Championship in November 2021 in Jordan, and test matches are underway in Europe with other federations...

VOGO participates in the VAR light project led by FIFA to deploy VAR as widely as possible to all football competitions around the world, regardless of level.

In this context, FIFA has launched a project to develop "VAR light" solutions, which should enable event organizers to set up a video assistance referee system that is more affordable than current market solutions. The VAR Light trials focus on evaluating different technological solutions, while also evaluating the impact they have on football matches compared to the conventional VAR system.

With VOGO, the AFC implemented a turn-key VAR light solution including:

-      VOKKERO by VOGO radio communication audio equipment for the field referees, the VAR, the AVAR and several observers on the tournament.

-      VOGOSPORT video solution dedicated to VAR and AVAR in the VOR room, as well as to referees in the review area (RRA) on pitch-side.

VOGO provided a experienced, dedicated team on-site, in charge of:

-      Setting up and dismantling the equipment

-      Providing technical support and maintenance throughout the tournament.

VOGO VAR light solutions offer a range of turn-key options to federations,  through a single provider in charge of the entire chain, for all services. Further implementations are currently under way with other federations.