At each match, the 7 official referees are equipped with a communication system which allow them to communicate in the following way:

- A central referee who is in full duplex communication (open microphone and permanent listening), he is talking with the 2 touch judges.

- The 2 touch judges who communicate with the central referee via push to talk.

- The fourth referee who is in charge of the sidelines (cards, coach management...), he speaks through the push to talk when necessary.

- The Time Keeper: listens to the central referee and speaks only in case of problems and at the end of the match to make the count.

- The Television Match Official, located either in the bus of the television control room or in a dedicated room, he speaks if the central referee consults him to make a decision with the video images.

- The supervisor: sitting in the stands, he listens to all the exchanges between referees and never speaks. Its role is to provide an analysis at the end of the match on the quality of their refereeing level, whether in terms of improvement or recognition of a success. 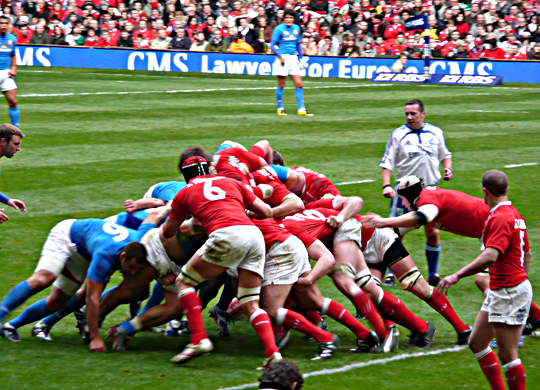