Researchers from CNRS, Sys2Diag laboratories get equipped with VOKKERO GUARDIAN 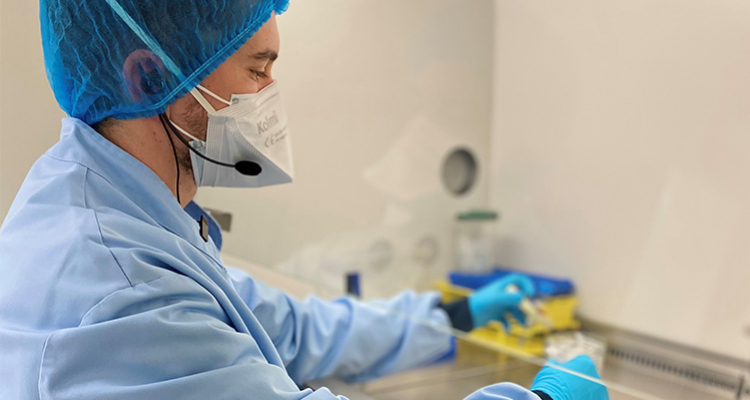 The collaboration of VOGO and Sys2Diag did not end with the EasyCov project. When researchers at the famous research laboratory learned about the functionality and performance of the VOKKERO GUARDIAN systems marketed by VOGO, they immediately understood how much help they could give them in many of their daily tasks.

The example of the clinical study dedicated to COVID-19 for the development of the EasyCov test is a very strong indicator on this specific point. Every day, Sys2diag researchers had to analyze 50 to 70 samples, and therefore had to organize themselves for a quick and efficient response to the epidemic.

They set up a chain of several positions starting from reception desk to the development of experiments and analysis from different rooms separated by various obstacles (concrete walls, corridors, elevator shafts).

Since these are human samples, researchers must be equipped with isolation gowns, gloves, mob caps and masks. This makes it difficult, time consuming and tedious for them to leave the room if they have to look outside for materials.

The VOKKERO GUARDIAN communication system allowed them to coordinate between the different links in this chain, to prevent themselves and to prepare themselves for a series of sample manipulations. When they needed additional equipment, an outside person would come and bring it directly to them.

Laurence MOLINA, Research Engineer at CNRS: “The VOKKERO radio system enhanced fluidity between us and it allowed us to have constant exchanges. We always knew where the manipulations were from the moment it started until the end since we were all in a permanent conference thanks to the terminals. We gained a lot of time and fluidity between us during the experiments.”

Sys2Diag is an alliance between CNRS, the largest governmental institution for scientific research in France, and ALCEDIAG, a subsidiary of the ALCEN group.

Sys2Diag is committed to performing innovative cutting-edge research in medical diagnostics, as well as in the engineering of a new generation of interactive medical devices.