The event specialists needed a simple system to ensure flawless communication between fixed and mobile teams of technicians. The system also had to be compatible with their existing wired intercom. 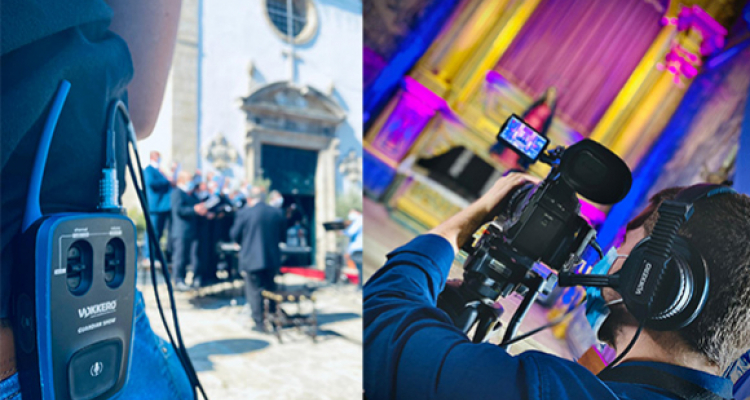 With many technicians on the field, they were looking for a system that could easily increase their efficiency during events setup and live shows.

Their expectations for their new intercom system:

-          Flawless discussion between fixed and mobile teams of technicians

-          Clear communication in a loud environment even with open microphones

What are the main benefits of using a wireless full-duplex radiocommunication system during events?

“Braga Events were mostly using a wired intercom system for their crew communication. The issue with wired system was that it could only be used during the show. The reason I advised them to turn wireless was mostly to serve their large team of technicians working during the buildup of the event. With only the wired system they encountered lack of mobility and it was time consuming as they told me they always walk back and forth to get things done. The VOKKERO GUARDIAN SHOW wireless radio system solved this.

During the event, the Guardian SHOW was naturally integrated with the existing wired system. It gave them the possibility of having the usually fixed team such as the sound technician, light technician, video production guys and the mobile team for the camera men and backstage staff, to move around freely during the event and communicating flawlessly between all groups.”

Why did Braga Eventos choose VOKKERO system over other intercom systems?

“Other options on the table were more expensive and more complicated to set up. On top of that, we provided demo products for tests and closely accompanied Braga Eventos by giving them full technical support during the tests they underwent.”

“In the coordination of a live event, we need to be very efficient. The clear communication between all team members is so crucial to ensure the smooth running of the event. We had already tested other wireless intercoms but when we tested the VOKKERO® Guardian SHOW we were very impressed with the simplicity of the system, no base station needed, easy setup, great audio quality, easy group management and the range of communication was so impressive.  Also, the fact that you can add it to the system and that you are not limited to a certain number of radios within the system and the integration of our existing wired system with the WI interface was a big plus.

Thank you Marcos De Matos and SET2STAGE for your involvement and the great support you provided during every step of the collaboration with BRAGA EVENTOS!